Other experiences and Professional Memberships

Dr Villa has published 188 papers in international scientific journals for a total citations of 8818 and Scopus “h” index of 48. The main focus of her research has been the molecular and cellular dissection of severe combined immunodeficiencies. In her early career, Anna Villa identified the genes responsible for different forms of severe combined immunodeficiency (SCID). In particular, she identified Jak3 as the gene responsible for T+B –  SCID published on Nature in 1995 and later she discovered mutations in WAS gene in patients suffering from X – linked thromobocytopenia (Nature Genetics,1995). During the following years, she addressed her studies to a peculiar form of SCID, named Omenn syndrome, characterized by activated T cells and absence of B cells in the presence of high level of IgE (Cell, 1998). She was able to characterize the molecular defects underlying this enigmatic immunodeficiency. She showed that hypomorphic mutations in Rag1 and Rag2 genes impairing but not abolishing the protein activities, are responsible for this peculiar SCID form. She focused her analysis on the molecular and biochemical effects of these mutations trying to correlate the clinical signs of Omenn syndrome with the molecular defects. To further address the pathophysiology of this disease, she generated a murine model carrying a hypomorphic mutation in Rag2 gene found in an Omenn patient (Journal of Clinical Investigation, 2007). Thanks to the availability of this mouse model, which well recapitulates the human phenotype, she was able to demonstrate defects in the mechanisms of central and peripheral tolerance. She also performed studies on regulatory T cells in patients demonstrating a defect in suppression activity function. Defects in B cells in OS mouse model and patients have been also analysed (JEM,2010). In parallel with the identification of genes involved in SCID, Anna Villa has addressed her studies to the efficacy and safety of gene therapy of Wiskott Aldrich syndrome, a complex and severe X – linked disorder characterized by micro – thrombocytopenia, eczema, immunodeficiency, and increased risk to develop autoimmunity. Using third generation of lentiviral vector carrying human WAS gene driven by its own promoter, she demonstrated that gene therapy can restore functional defects in T cells and more recently in B cells. Thanks to the preclinical studies, a lentiviral vector based clinical trial for the human WAS disease is now undergoing at the San Raffaele Institute (Science, 2013, JCI 2015, JACI 2015). In parallel with gene therapy studies, she has also analyzed the pathophisiology of Wiskott Aldrich syndrome demonstrating that the lack of WASp causes a defect in maturation and function of iNKT cells (JEM, 2009), dendritic cells and B cells (JEM 2013, JACI 2014, JCI 2015). She is currently evaluating the follow up of gene therapy patients focusing on B cell and platelet defects.

Her group has indeed identified TCIRG1 as the gene responsible for autosomal recessive form of osteopetrosis (ARO) (Nature Genetics, 2000) and later she contributed to the characterization of two other forms of ARO due to defect in Grey Lethal and Pleckstrin genes, respectively (Nature Medicine, 2003; Journal of Clinical Investigation, 2007). More recently her group has described RANKL and RANK as genes responsible for the osteoclast poor Osteopetrosis (Nature Genetics, 2007; Am J Human Genetics, 2008). The molecular dissection of ARO has important implication not only for the molecular diagnosis, but also for the treatment of the disease. Indeed RANKL dependent ARO forms cannot be cured by bone marrow transplantation and the recognition of this molecular defect could candidate these patients to alternative therapeutic approaches. To this end, Rankl – / –  mice have been treated with the soluble form of RANKL demonstrating the feasibility and efficacy of this substitutive treatment as preclinical model of ARO caused by defect in this molecule (J. Bone Miner Res 2012). In parallel with these studies, her team has contributed to further understand the spectrum of clinical manifestations in autosomal recessive and dominant forms caused by defects in ClCN7 gene. Finally, analysis of exome sequencing has allowed identifying novel cases of CTSK gene mutations in patients originally diagnosed as interemediate osteopetrosis.

Currently, Villa’s group is involved in the identification of candidate genes responsible for novel forms of ARO and ADO by genome wide sequencing and in parallel testing novel gene correction approaches. To this end, her lab has recently established a cellular data bank of induced Pluripotent stem cells (iPSC) obtained from patients carrying defects in the main genes involved in ARO forms. The generation of this cellular lines source represents a disease modelling relevant for the comprehension of the molecular and cellular bases of the disease and for testing novel cellular therapeutic approaches (Stem Cell Reports, 2015). To this regard, in the past Villa’s group has performed pioneer studies aimed at understaining the feasibility and efficacy of in utero stem cell transplantation in the murine model of osteopetrosis (Proc Natl Acad Sci, 2005). More recently, her group has tested and optimized a novel strategy to correct TCIRG1 gene defect by gene targeting in murine iPSC obtained from the murine model of osteoepetrosis (oc/oc mouse). Finally, Villa’s group has generated a third generation lentiviral vector carrying human RANKL gene to cure osteoclast – poor form of ARO casued by defects in rankl molecule. Experiments to test the efficacy of this gene therapy approach to cure RANKL defective osteopetrosis are currently ongoing. 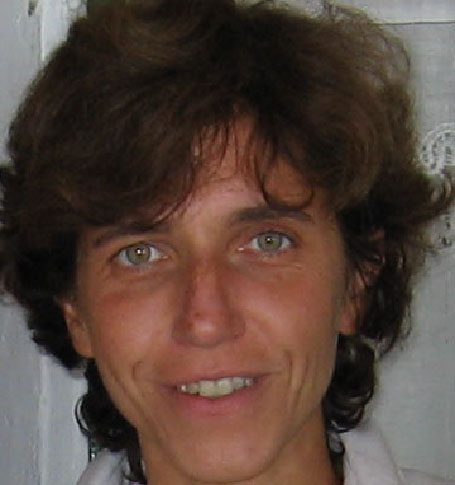